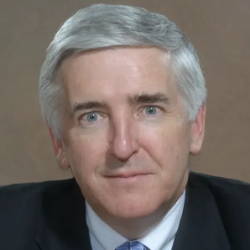 John L. Brooks III is the Managing Director of Healthcare Capital LLC, which advises early-stage life sciences companies. Mr. Brooks is on the board of a number of for-profit and not-for-profit organizations, and he recently managed as CEO and President a Phase III biotechnology company’s reverse merger. Mr. Brooks is the former President & Chief Executive Officer and Chairman of the Joslin Diabetes Center, a Boston based diabetes research, clinical care, and education organization.