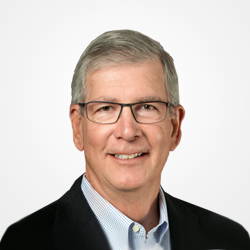 Dr. Lichter has been an ASCO member since 1980 and served the Society in an array of volunteer capacities before accepting the position of CEO in 2006. Dr. Lichter’s research and development of three-dimensional treatment planning led to a Gold Medal from the American Society for Radiation Oncology. In 2002, he was elected to membership in the Institute of Medicine of the National Academies of Science.