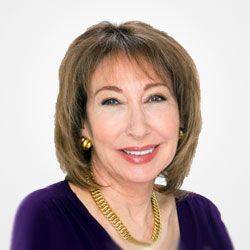 My primary job is Director of the Integrative Medical Group of Irvine, where I work side by side with other doctors. My practice has become one the most successful in the area, and I embrace many varied tasks other than direct patient care, including lecturing and writing on numerous topics relevant to women. I’ve been fortunate to have been invited to travel and speak at medical conferences around the world, to appear on podcasts, and to deliver many webinars. And I’m hard at work now on my first book, on PCOS, which is due to be released in the fall.

I have an undergraduate degree in history from Princeton University and a medical degree from USC School of Medicine, where I was named the top female graduating physician and invited into Alpha Omega Alpha, the medical honor society that recognizes the top five percent of graduating medical students in the country. I subsequently studied Obstetrics and Gynecology at the prestigious Kaiser Hospital in Los Angeles, where I was awarded the CREOG award as the top resident every year. Soon after graduating I became Board-Certified, and over the following years as a practicing OB/GYN, I performed many complex surgeries and cared for high risk pregnant women.

From the beginning of my career, my interest in medicine was far-reaching, and in my medical group, which I developed in the early 1980s, I incorporated treatments rarely found within the confines of a conventional practice, such as Chinese Medicine, biofeedback, nutritional counseling, and psychological therapy. I ultimately pursued an interest in functional and integrative medicine, and graduated from the two-year Fellowship in Integrative Medicine at the University of Arizona School of Medicine. I have maintained my relationship with the university: I review and grade the case studies final exams, and go to Tucson to lecture to the Fellowship students.

I strive to be the very best of doctors, and I have been recognized with numerous honors, awards, and accolades throughout my career. I have been awarded the Orange County Medical Association’s ‘Physician of the Year’ Award for the last 13 years consecutively, and Southern California’s ‘SuperDoctor’ Award for the last several years. In my role as a physician teacher, I served as Assistant Clinical Professor of OB/GYN at Keck USC School of Medicine for 12 years, for which I was awarded the Outstanding Volunteer Clinical Faculty Award. I also serve my medical community, and have been active in organized medicine; I have served on the Legislative Committee at the Orange County Medical Association and as a delegate to the California Medical Association numerous times. I also care about our planet, and work with the Nature Conservancy and the Sierra Club. I’m proud to have a wonderful family: my husband, four children, and five grandchildren.

My primary goal is to care for my patients and to ensure they are in optimal health; to teach doctors the world over about the importance of creating a healthy environment within each and every woman, and now, with this website, to communicate with you the medical information you require to attain your healthiest state, mind, body and soul.