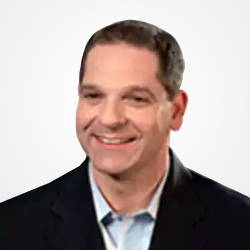 Jake Orville has over 17 years of diagnostic, life science and medical device management experience within both established and emerging markets. Jake is a co-founder, CEO and serves on the board of Cleveland HeartLab, Inc. (CHL). CHL was spun-out of the Cleveland Clinic in 2009 to develop and rapidly commercialize unique diagnostic technologies, with applications in cardiovascular and inflammatory indications. Under Jake’s leadership, CHL has been recognized as Ohio’s Venture of the Year (2012), received an Economic Impact Award by the city of Cleveland for job creation, and been awarded the prestigious NorTech Innovation Award (2013).

Prior to co-founding Cleveland HeartLab, Jake was CEO of Prognostix and held Senior Management positions with two publicly traded companies (NextGen Sciences – AIM NGG.L; Third Wave Technologies – Nasdaq TWTI). He is a co-founder of Viridian Medical and Tolera Therapeutics and currently sits on the Board of Directors for Stealth Therapeutics and The Wisconsin Women’s Health Foundation.

Jake has raised over $40 Million of capital from multiple sources, including angels, family offices, state funding sources and top tier venture funds. A well recognized entrepreneur, he has given many lectures on commercialization, early stage ventures, technology transfer and intellectual property.