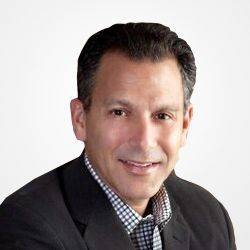 Dr. Joel Kahn is a plant based cardiologist whose personal mission is to prevent 1 million heart attacks over the next two years. The 1 Million Heart Attacks Prevented Goal is embraced by the U.S. Department Health & Human Services and the Surgeon General. Dr. Kahn’s brand of cardiology combines the best of Western and complimentary therapies for total healing. He is known as “America’s Holistic Heart Doc” and graduated Summa cum Laude from the University of Michigan, Ann Arbor. Dr. Kahn has been practicing invasive, interventional and preventive cardiology in Detroit since 1990. He is a Clinical Professor of Medicine (Cardiology) at Wayne State University School of Medicine and Associate Professor of Medicine at Oakland University Beaumont School of Medicine. In 2013, Dr. Kahn received a certification from the University of South Florida in Metabolic Cardiology, and became the first physician to complete the program in the world. The American Academy of Anti-Aging Medicine has also certified Dr. Kahn in Metabolic Cardiology.

Over the past 25 years, Dr. Kahn has improved the lives and vitality of thousands of his patients taking many of them from chronic health to vibrant living. His devotion to patient care has earned him Top Honors and he has been nominated as a Top Doctor in Cardiology for many years straight. His passion for education and prevention is recognized by his patients and peer doctors alike. Reader’s Digest magazine selected Dr. Kahn for their Holistic Heart Doc column and their publishing arm published his book, The Whole Heart Solution, an Amazon #1 Top Selling book. His second book, Dead Execs Don’t Get Bonuses, was published in 2015 and is on the Bestseller List as well. Dr. Kahn medical views are published by the Huffington Post and Mind Body Green (combined circulation 50.1 million unique monthly visitors) and he is a frequent radio, TV and Podcast guest. Dr Kahn also appears regularly on Fox TV 2 in Detroit as a health commentator and a Member of the Yahoo Health Advisory Board. To learn more about Dr Kahn, visit drjoelkahn.com .