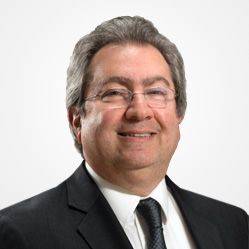 Dr Hajjar is the Director of the Cardiovascular Research Center, and holds the Arthur & Janet C. Ross Professor of Medicine at Mount Sinai School of Medicine, New York, NY. He received his Bachelor of Science degree in Biomedical Engineering from Johns Hopkins University and his MD from Harvard Medical School and the Harvard-MIT Division of Health Sciences & Technology. He completed his training in internal medicine, cardiology and research fellowships at Massachusetts General Hospital in Boston. Dr. Hajjar served as Director of the Cardiovascular Laboratory of Integrative Physiology and Imaging at Massachusetts General Hospital and Associate Professor of Medicine at Harvard Medical School. Dr. Hajjar has also been a staff cardiologist in the Heart Failure & Cardiac Transplantation Center at Massachusetts General Hospital. Dr. Hajjar is an internationally renowned scientific leader in the field of cardiac gene therapy. His laboratory focuses on molecular mechanisms of congestive heart failure.

Dr. Hajjar has had a longstanding association with the AHA. In 1996, he was awarded a Paul Dudley White fellowship from the AHA and won the Melvin Marcus award of the AHA in 1997. He was a member of the National Research Peer Review Committee from 1997 to 2000, and the North East Research Peer Review Committee from 2001 to 2004. He was a member of the AHA Oversight Committee DeHaan Foundation Cardiac Myogenesis Research Centers from 2009 to 2013, and the AHA Founders Executive Research Committee, Member from 2010 to 2014. From 2013 to 2015, he served on the AHA Program Committee. He has been a member of the AHA BCVS Leadership Council and the AHA FGTB Leadership Council since 2013. He has been on the nominating committee of AHA FGTB since 2014. He was a co-director of the AHA BCVS meeting in 2012.