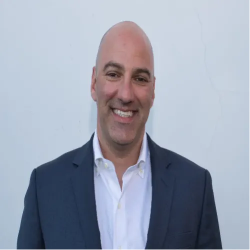 Since January 2019, David Goldstein has served as the President and CEO of DG & Associates. He was previously the President and CEO of EBG Medical for five years, introducing multiple innovations to drive revenues, and prior to that, he was the President and CEO of Health Options Worldwide, where he helped to engineer and launch multiple products, emphasizing tools for applied behavioral psychology clinicians and sourcing millions of dollars of capital for the business. His areas of expertise include sales, marketing, revenue optimization, strategy planning, new business development, capital fundraising, operational management, continuous process improvement, and creative problem solving.

David has overseen projects in a variety of fields, including product management, regulatory compliance, and contract negotiations. As a leader, he holds himself accountable for all of his own tasks and expects those around him to think the same way, creating entire teams of leaders. He is adept at inspiring and motivating others, empowering the people around him in all of the leadership positions that he has held.

Earlier in his career, David was a sales manager at ADP and then moved to the healthcare industry working for L5 Surgical and CR Bard. In these roles, David exceeded sales quotas, increasing sales year over year substantially. He has coordinated with surgeons, researchers, and sales professionals in order to build business processes in the medical field that function effectively.

An alumnus of Rutgers University, David has since gone on to mentor at Rutgers, remaining active in the community. He was also a mentor with Tigerlabs from 2013 to 2017 and a Board Member with Scarlet Startups from 2013 to 2016.