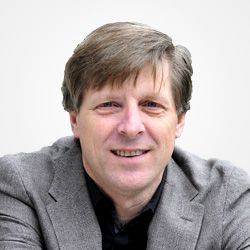 Scientific Board / Board of Directors

Dr. Brian Kennedy is internationally recognized for his research in the basic biology of aging and is a visionary committed to translating research discoveries into new ways of delaying, detecting, preventing and treating age-related conditions. He was the President and CEO of the Buck Institute for Research on Aging from 2010 to 2016 and remains a professor at the Institute. During his tenure as head of the Buck, and in conjunction with the University of Southern California, he also launched the nation’s first PhD Program in the Biology of Aging. In addition, he is an Adjunct Professor in the Davis School of Gerontology at the University of Southern California and an Affiliate Professor in the Department of Biochemistry at the University of Washington.

Dr. Kennedy earned his Ph.D. from the Massachusetts Institute of Technology and is well known for work during his graduate studies with Leonard Guarente PhD, which led to the discovery that Sirtuins (SIR2) modulate aging. He performed postdoctoral studies at the MGH Cancer Center associated with Harvard Medical School. From 2001 to 2010, he held a faculty position at the University of Washington.

Dr. Kennedy’s current work involves nutrient signaling pathways linked to dietary restriction, particularly the TOR pathway, which generated excitement in the age research field when it was shown recently that the drug rapamycin can extend mouse lifespan. One of the goals of his research is to determine whether pathways like TOR can be regulated to treat the diseases of aging. Specifically, Dr. Kennedy’s lab focuses on cardiovascular disease and metabolic syndromes like type II diabetes. Dr. Kennedy also studies the genetic mutations underlying diseases such as dilated cardiomyopathy, muscular dystrophy and Hutchinson-Gilford Progeria Syndrome, which resembles premature aging.

Dr. Kennedy is actively involved in aging research in the Pacific Rim, which features the largest elderly population in the world, and throughout the world. He was a visiting professor at the Aging Research Institute at Guangdong Medical College in China from 2009 to 2014. He also collaborates, consults with academic institutions and lectures throughout the world.

Dr. Kennedy has published more than 160 manuscripts in prestigious journals including Cell, Science and Nature and has been quoted in The Wall Street Journal, The New York Times and The Boston Globe, among more than 20 other publications. He serves as co-Editor-in-Chief of Aging Cell and is on the editorial board of a number of other scientific journals. He also routinely provides lectures to the public and is active in writing opinion pieces on aging in newspapers around the world. He serves as a public advocate for interventional strategies to promote health aging, including in a recent nationally broadcasted radio debate, available online at the Intelligence Squared Foundation website.

More recently, Dr. Kennedy has become active in the Biotechnology and Pharmaceutical arena, serving as a consultant for several companies. He is currently on the Board of Directors of three companies, including acting as Board Chair of Mount Tam Biotechnologies. He has also completed research projects for several Biotechnology companies. The focus of his efforts is to identify interventions that extend human healthspan while accelerating paths for their testing and implementation in humans.